Acquired traits may be transmitted to future generations – TAU study

Some acquired traits are actually transmitted to next generations.

Researchers at Tel Aviv University have discovered three rules that control trans-generational inheritance other than changes in DNA sequences, challenging our traditional concepts regarding the limits of inheritance and evolution, indicating that some acquired traits are actually transmitted to next generations.

The study was led by Prof. Oded Rechavi and his research student Dr. Leah Houri-Zeevi of the Department of Neurobiology at the Faculty of Life Sciences and the Sagol School of Neuroscience at Tel Aviv University and was published on Monday in the scientific journal Cell.

Prof. Rechavi explained that “Epigenetic inheritance of responses to the environment occurs independently of changes to the DNA sequence, through other inherited molecules. In many organisms, responses to environmental changes, such as stress, involve small RNA molecules that silence or block the expression of certain genes.”

The study was conducted on C. elegans worms, known as an important and widely-used model animal in scientific studies.

Recent studies on C. elegans showed that small RNA molecules can be transmitted to next generations, thereby passing on certain traits.

Prof. Rechavi also discovered in previous research that worms transfer to their offsprings small RNA molecules containing information on the parent’s environment, such as viral infections, nutrition, and even brain activity, thereby contributing to the survival of subsequent generations.

This time, along with his team, Prof. Rechavi tried to understand whether trans-generational epigenetic inheritance via small RNA molecules is governed by specific rules, or alternately, occurs passively and randomly.

According to the study report, the researchers discovered three laws that can explain and even enable the prediction of who inherits the epigenetic information:

Inheritance is uniform in worms descending from the same mother – namely worms of the same lineage.

Inheritance is very different in worms derived from different mothers, even though the mothers themselves are supposedly identical, because the worm fertilizes itself. The mother’s internal state, the level of activity of the inheritance mechanism in each mother, determines the duration of inheritance, and thus the fate of next generations.

The longer the duration of the epigenetic inheritance – namely, the greater the number of generations in a specific lineage who inherits the trait – the greater the probability that it will continue on to the next generation as well, “in something like trans generational momentum, resembling the ‘Hot Hand’ rule in basketball.”

“Many laboratories have noted that at the level of a population epigenetic inheritance through small RNA endures for about three to five generations in worms,” explained Dr. Houri-Zeevi. “In a previous study, we discovered a mechanism that controls the duration of the inheritance, proving, in effect, that this type of inheritance is a regulated process.

“But still a question remains,” she added. “Why are some worms strongly affected by their ancestor’s environmental responses, while others do not inherit the epigenetic effect at all – despite the fact that all offspring are almost identical genetically. This partial inheritance has been known for some time, but how epigenetic material is distributed among the offspring remained a mystery. We wanted to find out whether there was any pattern in the inheritance, that might explain and allow us to predict who would inherit the epigenetic features – and for how long.”

The study report explained that the researchers used a genetically engineered worm carrying a gene that produces a fluorescent protein, making the worm itself glow under fluorescent light. The researchers then initiated a heritable small RNA silencing response against the fluorescent gene and observed which descendants had inherited the silencing response and stopped glowing, and which descendants ‘forgot’ the parental response and started expressing the fluorescent gene once again after several generations. Dozens of worms lineages, including more than 20,000 individual worms were studied as part of the research.

“We hope that the mechanism we have discovered exists in other organisms as well, but we’ll just have to be patient. We must remember that genetic research also began with Friar Gregor Mendel’s observations in peas, and today we use Mendel’s laws to predict whether our children will have smooth or curly hair,” said Prof. Rechavi, not knowing if this inheritance mechanism exists in humans as well.

“The idea of acquired traits passed on to descendants is as old as it is outrageous. Even before Darwin and Lamarck, the ancient Greeks argued about it, and it seems to be incompatible with genetic inheritance through DNA,” added Prof. Rechavi.

“The worms changed the rules by showing us that inheritance outside the genetic sequence does exist, via small RNA molecules, enabling parents to prepare their offspring for the difficulties they have encountered in their lifetime. From one study to the next we shed light on the molecular mechanisms and mysterious dynamics of epigenetic inheritance, with the present study providing laws and introducing some ‘order into the chaos’.”

US soldiers injured in vehicle collision in eastern Syria

Why is US still helping Turkey sabotage the US role in Syria? 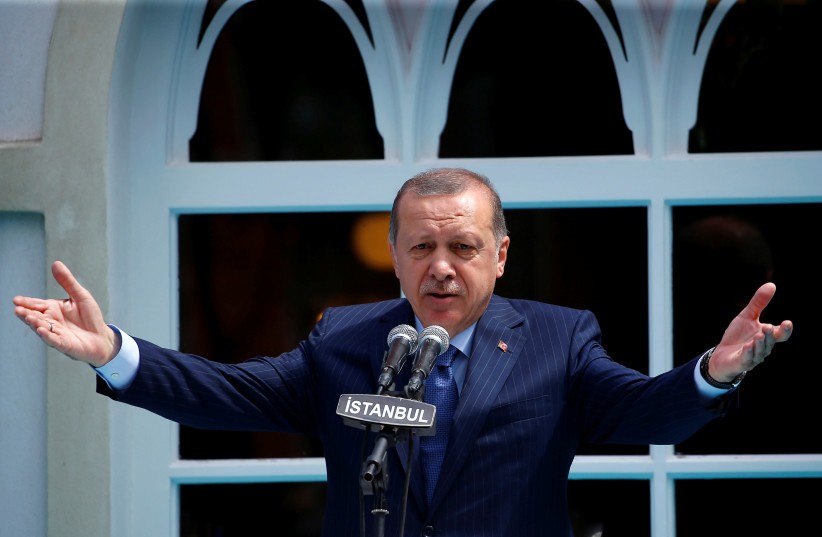