A ‘vaccine against war in the Middle East’: The Abraham Accords and the future of history


This week, the United Arab Emirates and Bahrain became only the third and fourth Arab countries to establish diplomatic relations with Israel, following Egypt in 1979 and Jordan in 1994. President Trump called the agreement “the dawn of a new Middle East.”

I watched with great gratitude the signing ceremony televised from the White House. Its significance led me to shift the subject I intended to address today to tomorrow’s article so I could address this historic event.

After traveling to the Middle East more than thirty times over recent decades, I can attest personally to the long-term desire of many in the region to establish peace with their neighbors. The leaders who signed this agreement are to be commended for acting with vision and courage on behalf of their people.

The pact is appropriately titled the Abraham Accords, since all three Abrahamic faiths were represented: President Trump as a christian, Benjamin Netanyahu as a Jew, and Sheikh Abdullah bin Zayed of the UAE and Dr. Abdullatif bin Rashid Al Zayani of Bahrain as Muslims.

One television commentator called the event a watershed moment and a “vaccine against war in the Middle East.” Let’s ask two pertinent questions.

As I noted in a previous Daily Article, Arab nations are predominantly composed of Sunni Muslims. Iran (the ancient Persian Empire) is primarily Shiite Muslim. Sunnis and Shiites have often been in conflict over the generations.

Iran is seeking to reestablish its global empire and is supporting the Syrian government and Hezbollah in Lebanon. This aspiration directly endangers Arab nations who see Israel as a military and political partner in response to the Persian threat.

These nations also recognize that closer relations with Israel will strengthen their relations with the US. They need military technology such as Israel’s Iron Dome missile defense system and America’s F-35 stealth fighters.

The Abraham Accords mark a significant departure from the 2002 Arab Peace Initiative (API). Its conditions for peace require the Jewish state to withdraw completely from the West Bank, Gaza, and the Golan Heights, to develop a “just settlement” with Palestinian refugees, and to establish a Palestinian state with East Jerusalem as its capital.

Yesterday’s accord between Israel and the UAE requires Israel to suspend annexation of parts of the West Bank but does not require the other conditions stipulated by the API. It is noteworthy that the Arab League failed to pass a resolution backed by the Palestinians that would have condemned the Israel-UAE pact.

The agreement also marks a generational shift as younger leaders seek a better future for themselves and their region. And there are economic factors at work as well. Both nations look forward to trading openly with Israel, which has one of the world’s most advanced high-tech sectors. Israelis are also likely to frequent resorts in their countries when the pandemic ends.

President Trump stated that five or six other countries are in negotiations to join the peace process. While a similar relationship with Saudi Arabia would be monumental, it does not appear imminent. However, it seems likely that the UAE and Bahrain would not have taken yesterday’s step without the Saudis’ implicit support. Saudi Arabia has also opened its airspace to Israeli flights to the UAE.

The agreement pressures Iran and could encourage Lebanon to marginalize Hezbollah, which is pledged to Israel’s destruction. The entire region changes with this signing, hopefully opening the door for increased trade, normalized relations, and peace across the entire region.

Hurricane Sally and the sovereignty of God

As the world focused on the Abraham Accords, Hurricane Sally was bringing floods to the Gulf Coast. The storm strengthened to a Category Two hurricane before making landfall this morning. It is expected to produce prolonged impacts from flooding rainfall, storm surge, and strong winds.

The hurricane reminds us that humans can make history, but we do not control it.

A year ago, no one imagined that a COVID-19 pandemic would encircle the globe. All our scientific technology could not stop Hurricane Sally from flooding the Gulf region. Those who signed the Abraham Accords cannot control how other nations respond to it or guarantee the peace it promises.

Our Father is “the blessed and only Sovereign, the King of kings and Lord of lords” (1 Timothy 6:15, my emphasis). His word states, “Many are the plans in the mind of a man, but it is the purpose of the Lord that will stand” (Proverbs 19:21).

The accords call us to redouble our commitment to “pray for the peace of Jerusalem” (Psalm 122:6) and to “strive for peace with everyone” (Hebrews 12:14). Hurricane Sally calls us to redouble our intercession for those in the path of disaster, disease, and suffering where we live and around the world (cf. James 5:13–16).

The challenges you face today call you to say with the psalmist, “The Lord is my strength and my shield; in him my heart trusts” (Psalm 28:7).

David Nicholas observed, “God’s promises are like the stars; the darker the night, the brighter they shine.”

Which “star” will you claim today?

The Scourge of Sex-Selection Abortion 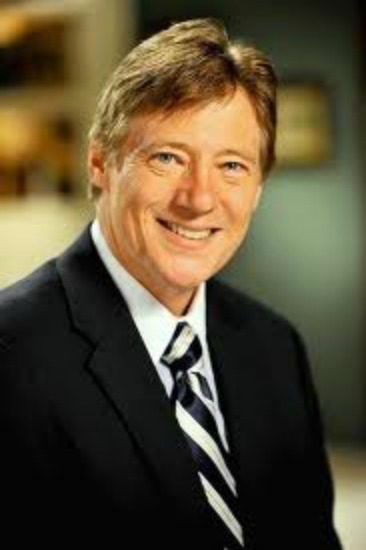