As a new administration takes over leadership of America’s commitment to religious freedom worldwide, Gayle Manchin believes President Joe Biden is “very aware” of its importance.

But given global developments, the watchdog work of the US Commission on International Religious Freedom (USCIRF), which she chairs, sometimes feels like “treading water.”

Others agree. For example, an 800-page study released this week by Aid to the Church in Need concludes that 1 in 3 nations of the world do not respect religious freedom.

And in 95 percent of these, the situation is growing worse.

USCIRF, created to provide recommendations to the US government, released its 22nd annual report today. Its analysis identifies significant problems in 26 countries, down from 29 last year. It also marked a surge in worldwide antisemitism.

And where the US State Department under the Trump administration added Cuba and Nicaragua to a Special Watch List (SWL), this year USCIRF recommends also including Afghanistan, Algeria, Azerbaijan, Egypt, Indonesia, Iraq, Kazakhstan, Malaysia, Turkey, and Uzbekistan.

Meanwhile, the commission recommends that three nations finally come off the watch list: Bahrain, the Central African Republic, and Sudan.

Shielded from US foreign policy concerns, USCIRF says its mandate allows it to “unflinchingly criticize the records of US allies and adversaries alike” on religious freedom. This is meant as oversight and advice for the State Department, which is not required to accept the commission’s recommendations.

Created as an independent, bipartisan federal commission by the 1998 International Religious Freedom Act (IRFA), USCIRF evaluates the degree to which nations engage in or tolerate “systematic, ongoing, and egregious” violations of religious freedom.

Today’s report notes, however, that even when the State Department designates a nation as a CPC, there is regular violation of the IRFA requirement to compel presidential action. Often a simple national security waiver is applied to exempt allied or strategic nations.

USCIRF “urges” the federal government to stop this practice, and to take concrete action.

This year’s report includes a new section highlighting key USCIRF recommendations that the US government has implemented, including: 14 religious freedom violators have been sanctioned under the Global Magnitsky Act; key religious freedom staff positions have been filled at the State Department and the National Security Council; and China’s abuse of its Uighur population has been designated as a genocide.

But it also notes positive developments, including the three nations removed from SWL status:

Gains are also noted in Egypt, where 388 churches were approved for registration, and in Eritrea, where 240 religious prisoners were released on bail.

USCIRF additionally commended the 32 national members of the International Religious Freedom or Belief Alliance, as well as the 7 countries that adopted the International Holocaust Remembrance Alliance’s “Working Definition of Antisemitism.”

CT spoke with Manchin about USCIRF’s most controversial discussions, how violating nations can improve their standing, and whether the Biden administration will continue the religious freedom emphasis given by former President Donald Trump:

Last year, Nigeria was added as a CPC by the State Department. How did USCIRF’s work contribute to the decision?

USCIRF has a unique ability to focus on religious freedom, while the State Department looks at the relationship with a country in balance. But they take our work very seriously, and know the research and credibility behind it. They watch, and when the information is overwhelming—and when they are comfortable—they will join us in a recommendation.

But I never question when they don’t. There may be details going on that we are not aware of.

So how do you interpret the State Department additions of Cuba and Nicaragua to the SWL? Maybe they are not the most egregious violators of religious freedom, compared to others on the USCIRF list?

Both of these countries are continuing to trend worse. When we are able to travel again, these are nations we will reach out to for a visit, to get a clearer picture of what is going on. There is always a political aspect, from the government’s perspective.

But now that Cuba is without a Castro for the first time, there are things happening that may change. Of course, it could also be toward the negative, so we will continue to monitor.

What nations generated the most controversy and discussion among USCIRF commissioners?

India, which has trended poorly this year. Our discussions are not so much of disagreement, only of understanding. Last year, when we put India on the CPC list, there was controversy within our commission, because some of us believed it did not belong there.

This year, there was total agreement.

China [has] so many areas of discussion. We have to have a very clear understanding of exactly what is happening, that we can verify and validate. It is not only so egregious, but they [Chinese officials] are trying to spread among other nations that what they are doing is okay.

With China’s overall goal of global power, it is very frightening.

The only controversy in our discussions was how far we can move our discussions from the religious issue, to ask corporations to not do business with products made in that Xinjiang region. But it all ties back to the Uighurs and their forced labor camps.

Tell us more about your discussions about Azerbaijan, especially in light of the recent conflict in Nagorno-Karabakh.

Azerbaijan has been one of those countries that has approached a border line of not being on the SWL. But there were some unfortunate trendings this past year, [where] we sensed a hesitancy. There was disagreement. There were some commissioners who thought it was ready to be taken off the list.

But my personal opinion is that when we remove a country from the CPC or SWL, there is a fear that the first reaction will be, “Great, everything’s fine.”

But everything is not fine. Azerbaijan has not proven that it is headed in the right direction, nor that it will continue to raise the level of becoming better. The majority of the group felt this way.

The positive thing is that they [Azerbaijani officials] continue to work with us, and want to dialogue.

Three countries were removed by USCIRF from the watch list. How did they demonstrate that they had crossed the border line?

Bahrain has worked with us every year. They [Bahraini officials] read our report word for word, and come back with a report that attempts to answer every question and issue we raise. But they also realized what they needed to do. We felt that their progress needed to be expounded upon, so we removed them from the SWL.

But we told them: We will continue to monitor. We don’t want you backsliding.

Many of these countries don’t have nice neighbors. They feel threatened every day, so power is very important to them. So the steps they take are very brave. What we impress upon them is that allowing freedom of religion builds a stronger country, with people more loyal and steadfast to support them.

There are two thought processes. Does a government tolerate what is going on, or is the government the perpetrator? At USCIRF, we denounce a nation that tolerates it. The State Department focuses more on if the government itself is doing it.

In the Central African Republic, we see that the government is not tolerating what these groups have done to harass minorities. That is very good, we want to showcase and applaud when a government stands up to rebel groups that burn down churches and harass villages.

They [CAR officials] also have worked with us to know what they must do to get off the list.

And Sudan—what a major example of a total turnaround in their government. You just have to applaud what they are doing, in the part of the world where they exist.

The 2021 report notes a positive development in Eritrea, a major violator of religious freedom for a long time. Are Eritrean officials starting to listen?

Our inability to travel because of COVID has complicated the work and the thought process. But Eritrea is one of the countries that do nothing to make things better, and in fact, everything they [Eritrean officials] do makes them trend more poorly—and they don’t seem to care who’s watching.

This is a problem with all our CPCs.

We are asking countries to release prisoners of conscience because of COVID-19, and that did happen in a few cases. The release in Eritrea is a good thing, but you have to look to see what the motive was. It may have been lifesaving for them.

The countries that care reach out to us—via Zoom this year—to keep us informed and show the information they give us is valid. But these types of nations, who don’t want you to visit, see a time when you can’t visit as a better way to spread misinformation.

How do you view the commitment of the Biden administration? Secretary Blinken has stated there was an “unbalanced” emphasis on religious freedom under President Trump.

I believe that President Biden is very aware of religious freedom as a basic human right, and that he supports it. He has had a lot of issues on his plate since the beginning of his administration, and the situation at the border is hampering him on the refugee numbers, to bring them up.

But I believe he will. I believe he will appoint an ambassador for religious freedom. He will have people in the State Department who will work very closely on the issue, with USCIRF and the countries we deal with.

I think Secretary Blinken’s comment was that the United States is a great believer in all human rights, in the international understanding. But he was not so much bringing down religious freedom, but that we will uplift all human rights, for all people. Religious freedom will still be one of the very basic ones we support—but there will be others.

You and Sam Brownback, former Ambassador at Large 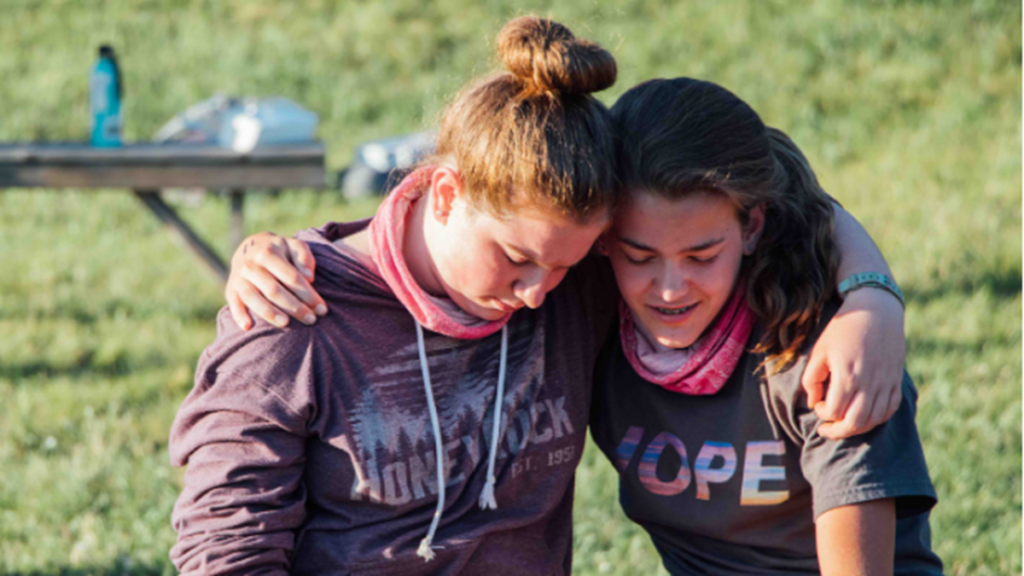 Will COVID-19 Bring an End to the Church Collection Plate? 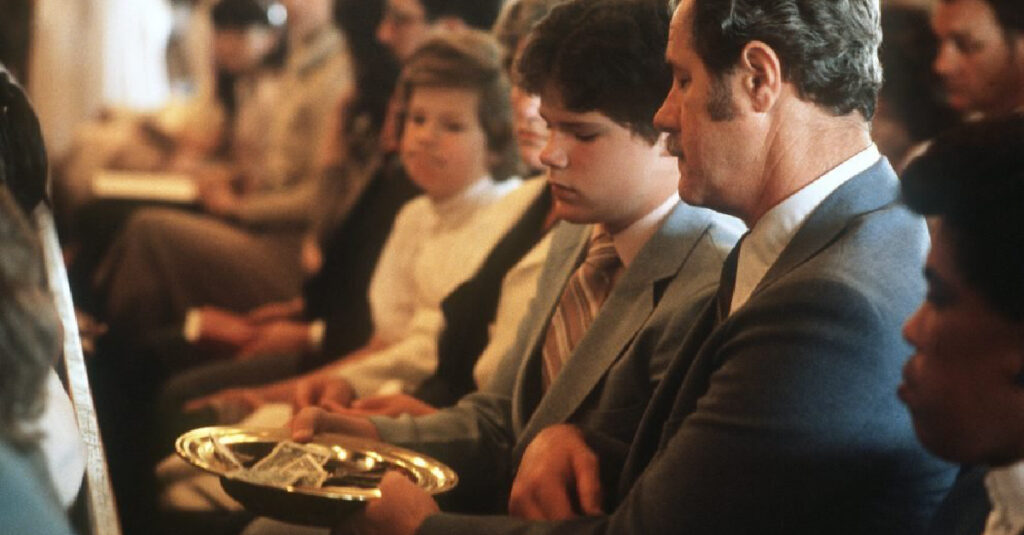