California’s biggest-ever wildfires have killed at least five people, damaged or destroyed more than 3,100 structures and burned more than one million acres, putting nearly a quarter-million people under evacuation orders and warnings, according to the California Department of Forestry and Fire Protection.

As the fires burning across five counties in northern and central parts of the state became the second-largest fire in California history on Sunday, crews from across the U.S. West, military planes and National Guard troops arrived in California, Reuters reported.

Over 200 aircraft are already dropping loads of water, monitoring the spread of flames and ferrying firefighters and equipment, according to AFP.

The fires were ignited by lightning from dry thunderstorms in the region. As more dry thunderstorms have been forecast, more wildfires are expected, the National Weather Service has warned, issuing red-flag warnings for large parts of northern and central California.

These conditions “could cause erratic winds, extreme fire behavior within the existing fires, and have a potential for new fires to start,” the CalFire website said.

The blazes are also threatening parts of the San Francisco Bay Area, the forested region near the University of California at Santa Cruz and a large part of the area between San Francisco and the state capital of Sacramento, according to Reuters.

About 14,000 firefighters were working to douse the blazes, but containment of the major ones remained low. The state has requested other states and local jurisdictions to provide additional support.

Since last week, hundreds of fires of varying sizes have burned throughout the state. About two dozen of them are major fires.

According to the American Lung Association, the COVID-19 pandemic has heightened the health risk posed by smoky air and extreme heat, as inhaling smoke and ash may further weaken lungs of people with the disease, Afif El-Hassan, a physician spokesman for the lung association, was quoted as saying.

Due to smoke, churches near the fire areas had to cancel in-person services on Sunday.

Big Valley Grace Community Church in Modesto announced on its website and social media that the congregation would meet “online only.”

“Because of the air quality, because of the fires that are burning close by, the smoke that is coming to our valley in Modesto, we are not going to meet on the Field on Sunday,”  Rick Countryman, co-senior pastor, said in a video message to his congregation.

Meanwhile, CrossCity christian Church in Fresno, in partnership with Convoy of Hope, is helping meet the physical and spiritual needs of those impacted during times of domestic devastation.

“Currently the COH Disaster Services are on the ground distributing meals and supplies to the recent widespread damage in Iowa and in route to the current wildfires in California,” it said. “Your ongoing financial partnership through your CrossCity Tithe, and Offerings through our One Day Fund, are tangibly providing hope and shining the light of Christ during these dark circumstances.” 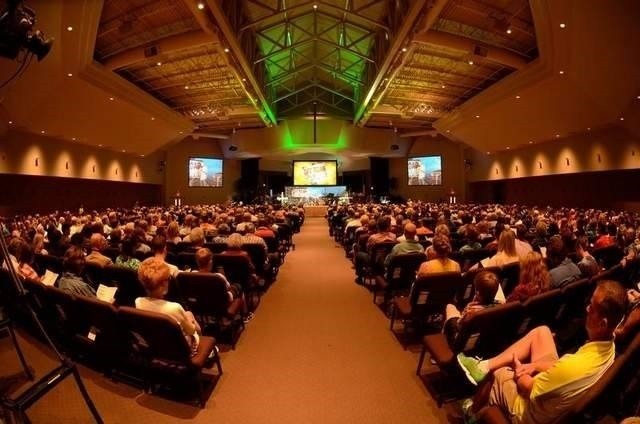