I just had the privilege to hear from Jack Hibbs, Paula White, Jentezen Franklin, Bishop Harry Jackson, Charlie Kirk and others at Evangelicals for Trump in Las Vegas. Here are some key takeaways from the event.

1. Silence is not an option. We can no longer hide behind the excuse, “I don’t want to get involved.” As citizens, we are given the privilege, for now, to place people in positions of leadership. Whether we like it or not, we are involved. Millions are not registered to vote, and millions of registered voters stay at home. We’ll stand in line to see a movie, but we won’t stand in line to vote and elect leaders who will affect the direction of our country. This makes a statement about what we value — and isn’t it sad.

2. Now is not the time for hand-wringing and second-guessing ourselves. Many things that we’ve been praying for to happen in our nation are finally happening. So, at this stage, many of us will not apologize for backing the president, nor will we be intimidated. Unless millions of Americans and I, who are praying and truly seeking the will of the Father, are missing it, we will keep contending: “If the foundations are destroyed, what can the righteous do?” (Psalm 11:3). We are not following a man, we are revitalizing a movement — a movement back to God. I’m more concerned with our nation’s national character than I am with the president’s tweets.

3. Share the facts as often as possible. Let this sink in: innocent children are being protected, godly counsel is surrounding President Trump, terror is being restrained, good judges are being selected, socialism is being resisted, families are being encouraged via employment (black employment is at an all-time high), prayer is being brought back in schools, God’s wisdom is being sought, and on and on it goes, but the mainstream media is doing their best to hide all of this. We must do our best to promote it.

5. Don’t buy into the fake narrative: “Ungodly means don’t justify a godly end.” To me, this is a no-brainer. The Bible says don’t murder innocent children (abortion). It also says that we should work hard if we can (no socialism). It also says that the government is to guard the nation, securing borders and fighting terrorism (see Romans 13). The Bible adds that we should have judges who are honest and that we should bring God’s Word into all areas of life. And on and on it goes. Many of President Trump’s staff are doing all this and more. How a person, let alone a christian, can overlook these things is a mystery to me. No, I don’t believe that all ungodly means are good if they lead to godly ends. It depends on the situation and what the means are. There are many variables, and a blanket statement — like so many of those who speak against the president are trying to make — will not suffice.

6. Our past does not disqualify us. The president’s past is not perfect, but he is guiding America in the right direction (in fact, many governmental agencies are now hosting Bible studies). He still sins, but it appears that he wants to point our nation back to God. His mode of communication is not always Christlike, but he is honoring God in many areas of legislation. I see a man who is flawed like the rest of us. I see a man who is probably not proud of some of the things that he has done. We’re not looking for perfection; we’re looking for direction — direction back to God. Throughout biblical history, God has used broken, flawed leaders. Aside from Christ, is there another kind? I’m pretty sure that if unborn babies could talk, they would tell us they are not too concerned about the president’s past. They would be far more concerned about the character of the physician with an abortion tool in his or her hand.

7. Don’t let the divide, divide us. Yes, I’m perplexed by the divide in the christian community over President Trump — but I’m not surprised. The media is fueling lies, and the world is listening. And many of those coming against our President are what is commonly referred to as liberal Christians. They love to quote scripture out of context when it supports their narrative. It makes one wonder what is truly leading them: worldly mandates or biblical principles. Kingdoms are colliding and world views are being challenged. Of course there is going to be a divide . . . a divide between light and darkness, right and wrong, good and evil.

9. “I’m not voting for the lesser of two evils” is just an excuse. This statement is often used by those who want to remain silent, but it’s a flawed argument. We are actually voting for principles, not people — all candidates are sinners. In what direction will they lead our country? Even more importantly, what country will we leave for our children? A third party is not a bad idea, but at this point, it has little influence. When they receive votes, they take away votes from others.

10. The process of change and hope must begin with humility. “Pride must die in you, or nothing of heaven can live in you” (Andrew Murray). The amount of pride in the church is astonishing. We’ve created an American Idol mentality with many wanting center stage attention. We often look more like Hollywood than the character of Christ. If we are to see a genuine move of God (which is the only hope for our nation) then we must humble ourselves and confess our pride. Our blessings have become a curse; our abundance has taken us away from God. Pride is so powerful that many people reading this will get upset rather than humble themselves and seek God afresh. I have not mastered this area. I’m a prideful person working on humility on a daily basis. But we must recognize pride, repent of it, and return to God with a broken and teachable attitude.

Some time ago, I sat speechless as I listened to a man recount his trip to a holocaust museum with his young daughter. As they walked by photos of the death camps, gas chambers, and countless bodies piled one upon another, his daughter silently contemplated the horrors that were unfolding before her eyes. When the tour ended, they drove home without saying a word. The father wondered if she truly understood the significance of the event. Was she too young to view such depravity? Was she too fragile to cope with the truth of the holocaust? Would it make a negative impact on her life? Would it leave her fearful and wounded? Would she begin to doubt God?

His questions were answered nearly two hours later when his daughter finally spoke. She looked at her father and asked, “Daddy, why didn’t someone do something?”

Will we hear those same haunting words from our children and grandchildren? Yes! If we fail to contend for what is right, we may see a time in our history when our children will ask, “Why didn’t someone do something?” Sadly, we will know the answer.

Shane Idleman is the founder and lead pastor of Westside christian Fellowship in Lancaster, California, just North of Los Angeles. Shane’s sermons, articles, books, and radio program can all be found at shaneidleman.com or wcfav.org. Follow him on Facebook at: facebook.com/confusedchurch. You can also follow Pastor Shane on the new free speech platform Parler https://parler.com/profile/ShaneIdleman/posts. 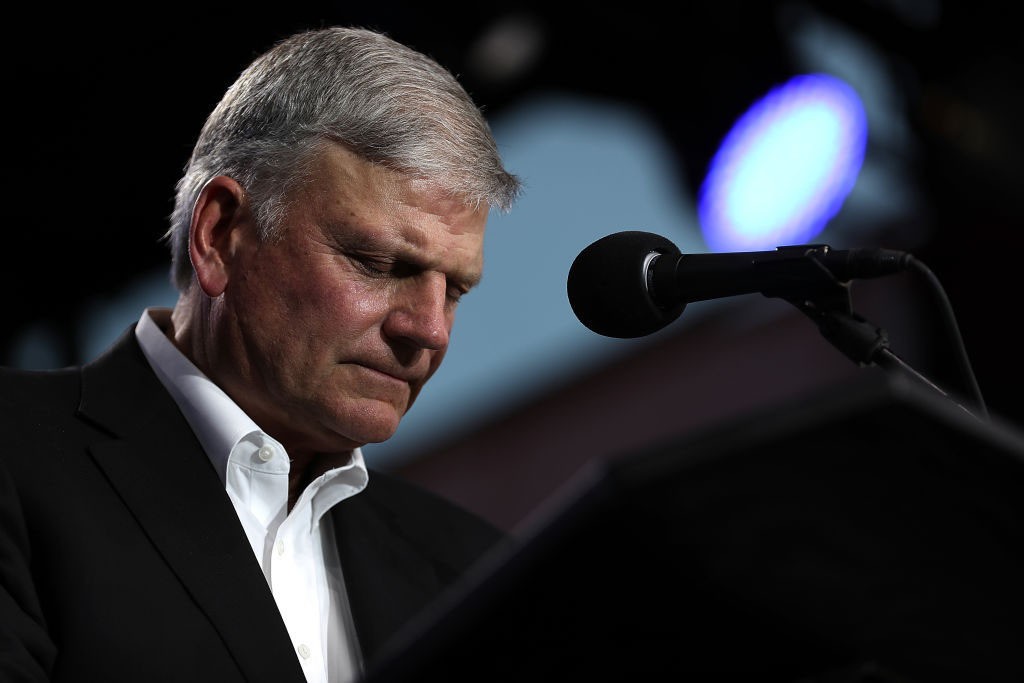