Hamas fired a Kornet anti-tank guided missile (ATGM) toward vehicles near the southern Israeli community of Netiv Ha’Asara on Wednesday morning, after a night of intensive rocket barrages toward the center of the country.

Shortly before the attacks, the IDF warned residents of the Gaza envelope to remain at home out of concern that Hamas might fire short-range mortars, ATGM’s or carry out sniper attacks against civilians in the area.

An ATGM was fired towards a jeep shortly after the warning was lifted, severely wounding those inside. One of the wounded has since died, Magen David Adom Director-General Eli Bin told Army Radio. An additional Israeli was injured by shrapnel in the incident.

The terror group then fired mortars in an attempt to prevent the wounded from being evacuated; they were later evacuated from the scene and transported to hospital for medical treatment.

The incident came as the Israeli military continued to carry out waves of airstrikes targeting Hamas militants, including senior commanders.

Over 850 rockets crossed into Israeli territory after being launched from Gaza, and another 200 fell inside the Hamas-run coastal enclave. Several rockets have made direct hits on buildings and cars in Israel, killing six Israelis.

Two of those killed were Khalil Awad, 52, and his daughter Nadin, 16, Arab-Israeli residents of a town near Lod, who were killed after a rocket scored a direct hit on a car in Lod early Wednesday morning.

The rocket struck Lod as the mixed Jewish-Arab city was shaken by violent riots throughout the night and brought the death toll in Israel up to five since the fighting began on Monday. Two women were killed in Ashkelon on Tuesday afternoon; in the evening, another woman was killed by a rocket that struck in Rishon Lezion. In Bareket in the Shfela region, two men in their 50s and 60s were lightly injured from glass shards as a result of a rocket that landed on a house, Israeli media reported.

Defense Minister Benny Gantz stressed that the IDF will continue striking Gaza until it can bring a “complete and long-term peace,” during a visit to Ashkelon on Wednesday.

“In the last few hours, the IDF has carried out a series of significant attacks. We have attacked squads of commanders and significant Hamas infrastructure and we will continue to protect all residents of Israel,” said Gantz. “We have attacked many hundreds of targets, towers are falling, factories are collapsing, tunnels are being destroyed and commanders are assassinated. All the means and all the options are on the table and there is a lot more activity in the bank.”

“The IDF will continue to attack and bring a complete and long-term peace,” added Gantz. “Only when we achieve this goal can we talk about calm. There is currently no end date. We will not accept moral sermons from any organization or institution about our right and duty to protect Israeli citizens.”

Gantz decided on Wednesday afternoon to extend the special situation on the home front for two weeks in light of the security situation and plans to expand strikes on the Gaza Strip.

More rockets pounded Israel throughout Tuesday night into Wednesday morning with sirens sounding throughout the center of the country including Tel Aviv and particularly in the South, including Beersheba.

A meeting of the security cabinet planned for Wednesday night at 9 p.m. was moved up to 5:30 pm.

“Tonight the cabinet will meet,” said Prime Minister Benjamin Netanyahu during a visit to Acre. “There have been difficult developments, including the firing of anti-tank missiles. There have been a series of incidents that have knocked into each other. We are using all our strength to defend the country from enemies outside and rioters within.”

RAW FOOTAGE: This is the moment the Iron Dome intercepted a barrage of rockets over Tel Aviv and central Israel. pic.twitter.com/8jl8OTgWCl

The IDF shot down a drone after it flew from the Gaza Strip into Israeli territory on Wednesday morning. Shortly afterward, the military struck the home of Salah Damhan, a senior official in Hamas, which was being used to store weapons. Later in the day, the IDF struck a cell preparing to launch an explosive drone towards Israel.

The IDF and Shin Bet conducted a complex, first-of-its-kind operation on Wednesday to simultaneously kill several senior commanders in the Hamas terrorist group in Gaza City and Khan Younis. The targeted commanders were close with the head of the military wing of Hamas, Mohammed Deif.

Casualties were reported on Wednesday in Gaza after the IDF targeted a motorcycle near Khan Younis in the southern Gaza Strip and a car near Beit Lahia in the northern Gaza Strip.

An anti-tank missile was fired from the northern Strip towards Israel on Wednesday morning. It is unclear if there were any casualties.

In one of the strikes, the IDF said it killed two senior Hamas leaders who were key operatives from its military intelligence in a combined operation with the Shin Bet security service. The two men were identified as Hassan Kaugi, chief of the security department in Hamas military intelligence and his deputy Wail Issa, the brother of Marwan Issa who is the deputy commander of Hamas’s military wing.

The two were in a high-rise building of over 10 stories. Hamas had warned that should Israel target high-rise buildings then they would fire on Tel Aviv, a threat they fulfilled. According to the Palestinian news agency Wafa the residents of the building were warned by the Israeli military to evacuate before it was hit.

The homes were destroyed, Zilberman said, “so when they come back up from their underground bunker they will see they have no home left.”

For more on rocket attacks against Israel read here

The Israeli military is continuing to hit Hamas targets, including underground military infrastructure belonging to the terror group. Over 500 targets have been struck in the Strip since operation “Guardians of the Wall” began, Zilberman said, adding that there are dozens of dead Hamas militants.

According to the Gaza Health Ministry, 43 people have been killed including 13 children and three woman. Another 296 others have been wounded.

The IDF also overnight began an arrest campaign in the West Bank against Hamas members, Zilberman said. “You know why we are doing that,” he added.

A multi-story building destroyed by the IDF in Gaza on May 12 and said to be the base for Hamas’s intelligence units. (IDF)

“Hamas and Islamic Jihad have paid and will continue to pay,” said Prime Minister Benjamin Netanyahu on Tuesday night. “We are all mourning those killed and praying for those who were injured. We all give our full support to the IDF and Israeli security forces. This campaign will take time.”

Israel has “the right and the obligation to act and will continue to do so,” added Defense Minister Benny Gantz.

The Izzadin al-Qassam Brigades, the military wing of Hamas, claimed responsibility on Wednesday morning for over 100 rockets fired at Tel Aviv and another 100 fired at Beersheba. Some 1,000 rockets have been fired into Israel since the beginning of the hostilities on Monday.

Hamas leader Ismail Haniyeh, said Israel had “ignited fire in Jerusalem and Al-Aqsa and the flames extended to Gaza – therefore, it is responsible for the consequences.” 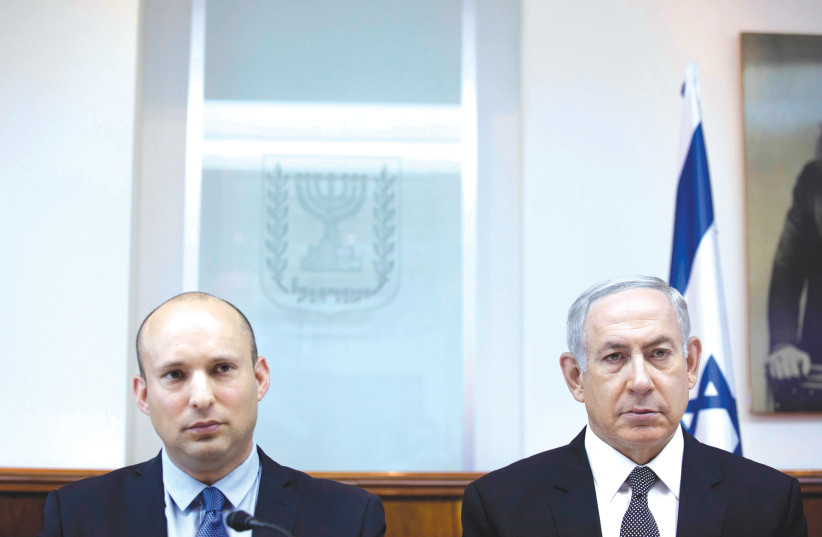